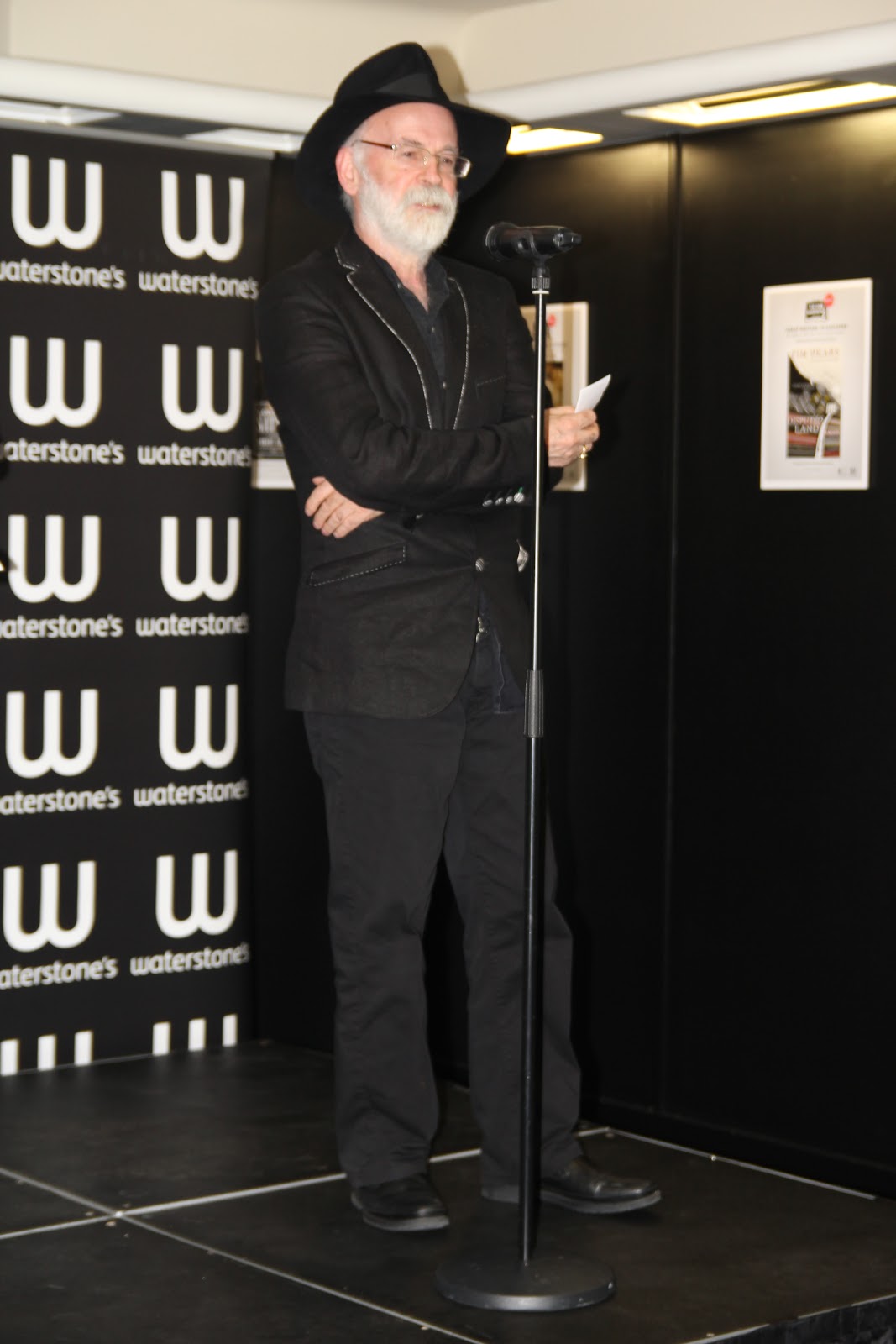 I was just answering a telephone call from London, England when I saw on my computer that Terry Pratchett had died.  It was very sad news and I found myself immediately thinking about his documentary Choosing to Die, where he examined the touchy subject of assisted dying.  If you haven't watched the documentary, I encourage you to follow the link above.

A few years back I was shortlisted for the inaugural Terry Pratchett Anywhere But Here, Anywhen But Now First Novel Prize.  I was able to attend the awards ceremony where Sir Terry was especially generous with his time and his suggestions regarding my shortlisted novel, The Platinum Ticket.  He was a gentleman and an absolute class act.  Here's an account of the evening.

He was a lovely, talented writer and the world is poorer without him.