I got an unexpected e-mail from the owner of our local bookstore the other evening.  Roxanne runs an independent bookstore here in Fergus called, fittingly enough, Roxanne's Reflections.

Her store might have been the first store my wife and I visited upon moving to Fergus, but it could just have easily been this store just down the street.

In the e-mail, Roxanne told me about Independents' Day, the day when independent bookstores across Canada hold special events and sales to promote reading and books.  This year Independents' Day falls on October 15th.  Roxanne also likes to feature a local author each year and this year she asked if I would be willing to come in and sign some books.  I told her of course and even offered to do a reading.

So, if you're in the Fergus area on October 15th between 1:00 and 2:00 pm please make your way to Roxanne's Reflections on St Andrew St.  She has a great selection of books and you couldn't go too far wrong if you picked this one up: 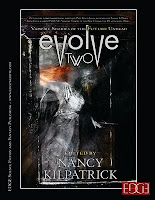 You might just be able to get someone to sign it.
Posted by Dave Beynon at 17:05 No comments:

So twitter has been around for a while and I never really understood the appeal.  Well, I did, but I didn't.

I know that 140 or so characters has become the new benchmark for a coherent thought - I mean really - your thumbs get so tired after a while.  Smilies and emoticons abound.  But it was never something I thought I could sink my teeth into.

I did start to notice a trend in my online habits, though. There are a couple of websites I follow where they post their twitter feed on the right hand side.  I began to see content in that narrow band of twitter stuff that was actually of interest to me.  I had also read (somewhere, I don't remember exactly) that a person's twitter feed was a stream of information custom suited to their interests.

Well, I took the twitter plunge and became BeynonWrites in the old twitterverse.  So far I find it a very busy mass of information, little of which is of real interest to me, but there is the odd gem.  I'll keep looking in on twitter from time to time and time will tell.