Normally on the eve of the Labour Day Weekend I would be scurrying around, laying in provisions of coffee, caffeinated cola, high protein meat products and chocolate covered coffee beans in anticipation of the 3 Day Novel Contest.

I have participated in the contest three times so far with good results.  Oh, I haven't won anything, but the stories I've written during those 216 hours are the skeletons of novels waiting to be fleshed out.

My first attempt was 2006 and the result was The Platinum Ticket, a story about an unlikely time traveller.

The second kick at the can was the following year. Patriot, a story about a South American dictator awaiting his execution, was born over that weekend.

I skipped a year but picked up pen and pencil last year to pen Herne, a tale about an emotional damaged Conservation Officer and his encounter with a personified force of nature in the wilds of Quetico Provincial Park. 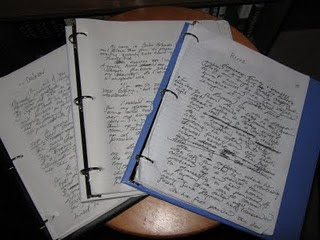 All things considered, I generate pretty good stuff when I open the taps for a long weekend and let the stories pour out.  And it's something I'll probably do again...next year.

This year I'm not in the mindset for a prolonged bought of sleep-deprived creativity.  I do have a story I might write this weekend, but it's not on the scale of a 25,000 word novella.

I still have my prediction for this year's winner in a sealed envelope tacked to my wall...

Well,  I have a lot to get done today so I'll leave you with this little tid-bit I stumbled across yesterday...

The lazy days of summer are winding down.  Today promises to be the last scorcher as thunderstorms and cooler weather roll in from the west.  It's been a marvelous summer, but September is more than welcome.

The last few weeks have been spent in a mixture of frenzied activity and late summer sloth.  There was the In-law's 50th wedding anniversary.  That had the potential to be frenzied and stressful - and I'm certain it was for some - but the Beynon family came through the celebrations with nothing but fond memories and good times. 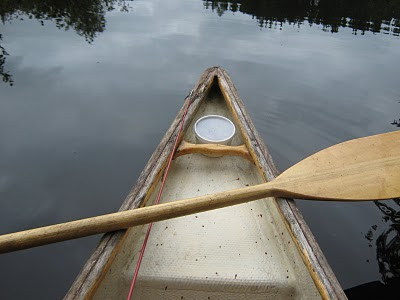 We spent some time in the canoe.  And yes, that is the tip of a fishing rod and a container of worms there in the bow. 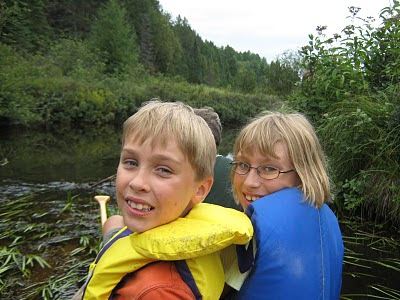 The kids loved working against the current of a stream filled with beaver dams and speckled trout.

We spent some time on the In-law's farm.  Many cows, lots of cats, long country road walks with the dog at 4 am with suspicious (and large animal type) sounds of movement from the woods beside us and the lofts of a barn with spectacular lighting. 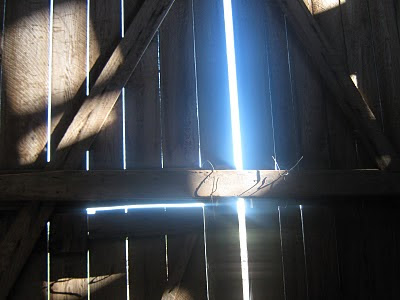 Speaking of mysterious large animals, my nephew found this on a tract of property near my In-law's farm. 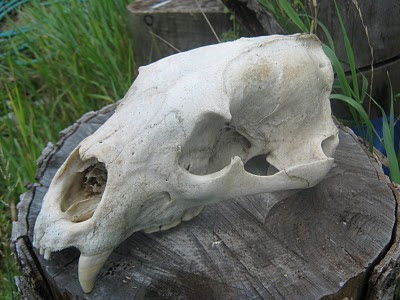 I think it might be a bear skull (impressive canines, flat molars for grinding, sagittal crest to support massive jaw muscles).

Closer to home we had a skull mystery of our own on a much smaller scale.  The boy found this specimen in our cedar hedge. 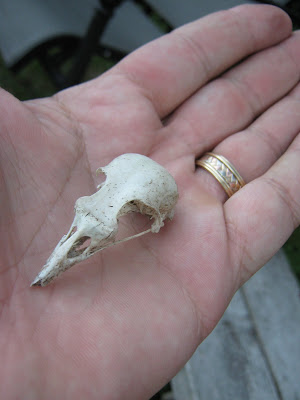 Obviously a bird, but I've no idea what type.

But - summer time draws to a close and a host of back to school and back to work activities await.
Posted by Dave Beynon at 09:03 No comments: