Happy Earthday to You, You Live in a Zoo...

Here in Fergus we started Earth Day with a power outage.  It's a day of litterless lunches and walks to school.
Here's my Earth Day gift to you (courtesy of the National Geographic Society) 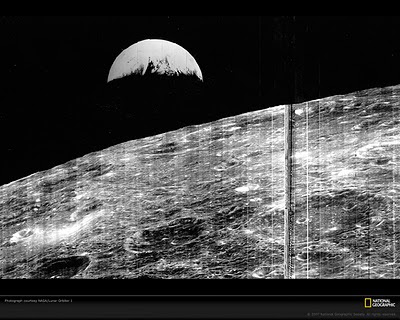 I'm putting all my money in airships.

With tens of thousands stranded in Europe and predictions saying Icelandic volcanoes and their resulting ash could be a jet plane nightmare for years to come, I got to thinking...

Zeppelins - blimps - airships.  Why not?  Sure they're slow, but slow is infinitely better than stationary.

Why the hell not?

Just something to ponder on a Tuesday morning.
Posted by Dave Beynon at 10:53 No comments:

Today I have been writing about 2 giants.

The first is Gerry.  Gerry is the story about a young giant boy who finds himself without his parents.  Initially raised by a family of bears, Gerry feels a need to find others of his own kind.  After falling in with a bad crowd of Rock Giants, Gerry befriends a human girl who helps him on quest to find his parents.

I started Gerry when my daughter was very little.  Although I've told the story aloud a few times, I've never put it down on paper.  I figure I should get on that before my daughter is too old to enjoy it.

The other Giant is this one.  The park being built by our local Heritage Committee pays tribute to this key Industrial family which contributed to the success of our town.  I've been cobbling together the information plaques for the park.  I'll be passing along the info I put together for the plaques onto other members of the committee and the folks at our local Archives for checking.  The last thing I want is some amateur historian pointing out inaccurate information after the plaques are printed.

Man, give me fiction any day.
Posted by Dave Beynon at 14:09 No comments: