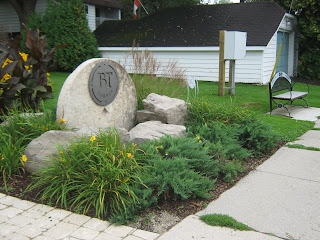 As you might know if you follow the blog, I'm involved with our local Heritage Committee.  A recent project I chaired was tasked with creating a park at the gateway to our downtown commemorating the Beatty family.  I'm glad to say that the park is now pretty much finished.

It's been a long haul but it has been well worth it.  The park has a dry stone wall: 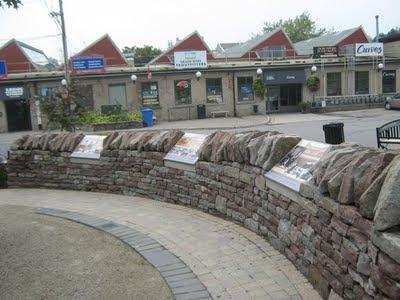 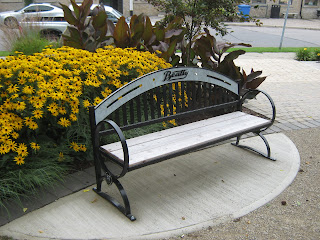 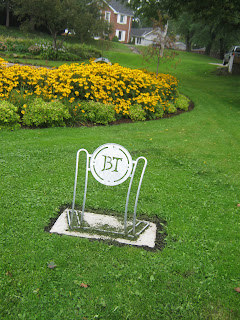 And now, at last, the park has information panels!

The park was built with three themes in mind. 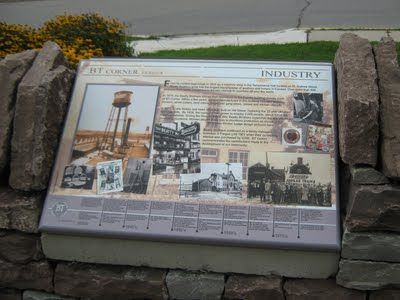 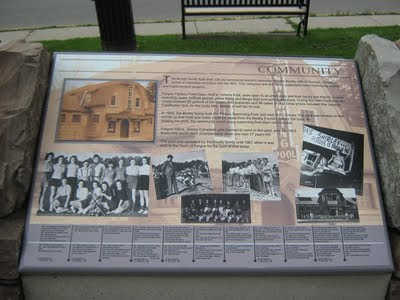 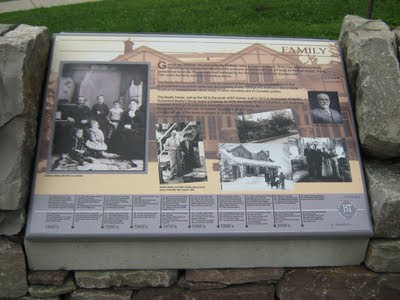 If you're in the area, come and sit a spell.  There are worse places to spend some time than in this little gem of a park. 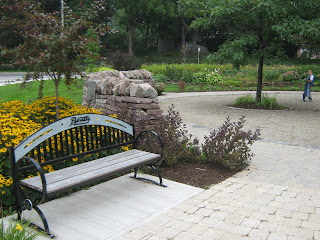 Those who know me are painfully aware that I hate line-ups and crowds.  I hate them and will usually go out my way to avoid either one.  This past weekend was Fan Expo in Toronto - Canada's ultimate geek-fest.

My friend Roy and I took the subway into downtown and made our way to the Toronto Convention Centre.  It felt Like a hundred mile trek until we were herded into the underground parking ramp and went down, down, down into the bowels of the building.

The irony of such an event being held in the world's largest basement is not lost on me. 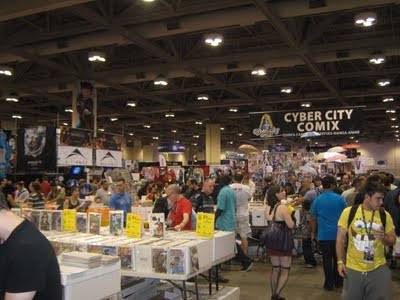 This is just a taste of what the crowds were like - in some sections the press of humanity was so dense that you could hardly move.

While there, I ran into a pair of old friends visiting the Expo for the day.  It was an unexpected treat to see Kevin and Tanya.

Later I sought out comic book writing and illustrating team, Katherine and Stuart Immonen.  They were very busy signing for fans but made time for a little chat.

I had to snap this picture for the kids. 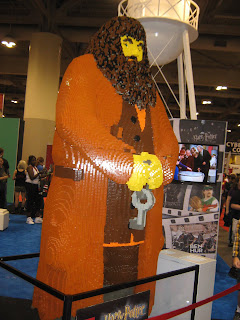 That's a life-sized (ten feet tall) model of Hagrid made entirely of Lego.

The highlight of my visit was the chance to meet Nancy Kilpatrick, the editor of Evolve Two.  As an added bonus I got to make the acquaintance of David Tocher, whose story, Chelsea Mourning, has such vivid and blunt description that you'll be wincing as you turn the page, wondering what he'll hit you with next. It was a pleasure meeting them both.We had a nice visit and signed some books. 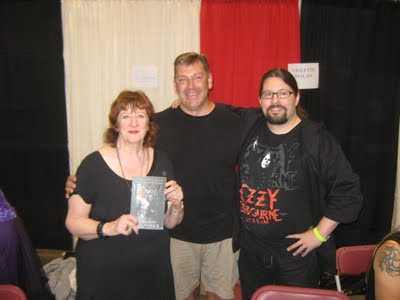 My friend Roy busied himself browsing the vendor tables.  He is hugely into the Anime and Manga scene and teaches a course in Manga at the local high school.  He found a few treasures that came home with him.

What's a geek-fest without a little Doctor Who?  There was a lot of Doctor Who.  Lots of folks in costume - almost an even split between David Tennant and Matt Smith representing The Doctor and , as far as I could see, a lone Captain Jack Harkness. In addition to costumes, there was merchandise galore, almost universally over-priced.  I couldn't come home empty-handed for the kids, so I picked up this little guy: 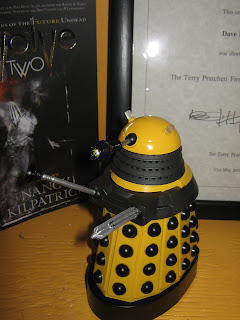 After a long day of line-ups, crowds and walking on concrete, I felt like this gent near the Steampunk table: 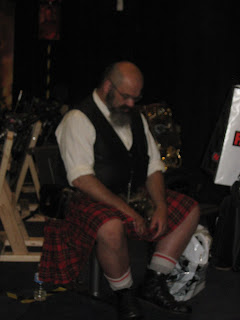 It was definitely time to go home.
Posted by Dave Beynon at 08:09 No comments: