The Loremaster re-write is going very slowly. It is going well, just a lot slower than I would like. The result is a much improved story but it is a lot of work. If I change something early in the story I need to consider the impact throughout the book and that means going ahead directly after I make the initial change to make other changes. It's like falling dominoes, but if I don't do it right away, I know that I'll forget and it'll just be that much more work later on.

In other news, I submitted a story for the essay column in the Life section of the Globe and Mail, Canada's National Newspaper. With the 20th anniversary of the introduction of the dollar coin I decided to share my first encounter with the eleven-sided seven gram hunk of coinage. 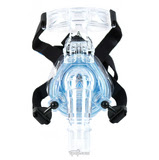 A while back I mentioned I was diagnosed with sleep apnea. I have been receiving treatment via something called a CPAP machine. Continuous Positive Airway Pressure keeps the soft tissue in the back of the throat from collapsing and blocking the airway. Using a little machine and some great bondage head-gear my snoring is a thing of the past and I am actually beginning to notice increased energy and alertness. Here's a picture of the mask - very sexy...and it keeps me breathing.

We finally had a break in the weather. Brief showers came as a welcome relief from the near-drought we have been experiencing. Everything is greening up a bit but we could use a lot more rain. The forecast calls for more rain late tomorrow or Friday. I'm thinking I'll chance cutting my ratty lawn - grass hasn't been growing but weeds are doing just fine thank-you - and see what happens.