Everybody into the Van..

Just about eight months ago friends of mine brought into the world a long awaited bundle of joy.  This gorgeous girl has been growing steadily larger, more beautiful and increasingly interesting and interactive over the intervening time. Last week was the kids' school break and seemed the perfect opportunity to introduce ourselves to this captivating little girl.

Since their place was a little crowded , we stayed here: 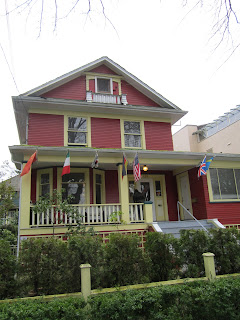 It was a lovely Bed and Breakfast.  We had a basement suite with separate entrance and the place was in the perfect location - exactly 397 steps from our door to the front door of our friends' apartment.

Vancouver boasts things that you just don't find elsewhere in Canada.  Here's a vehicle that I haven't seen anywhere else.  I want one: 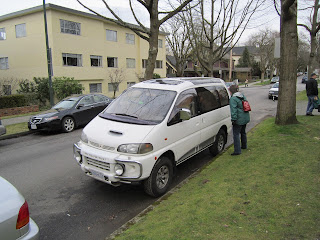 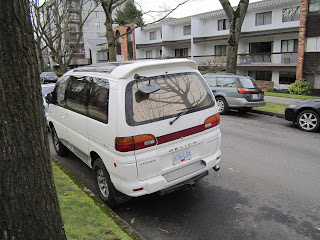 I will call it the Beynon Battle Van.

And here's a sign that, in Vancouver, could mean just about anything: 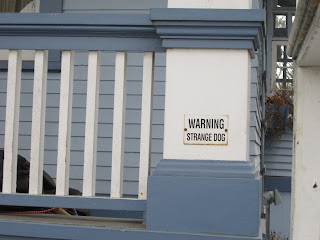 But cool vans and unusual signs can only go so far.  We had kids to entertain, so a trip to Science World was in order.  The current themed display was Lego, so the kids were thrilled before we walked through the door.  But there was more than Lego for the curious young mind: 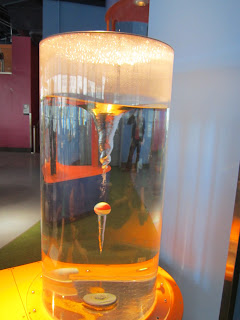 This spiny vortexy water tank thingie demonstrated the power of hydrodynamics by drawing the floating ball from the surface to the very bottom of the tank eventually. 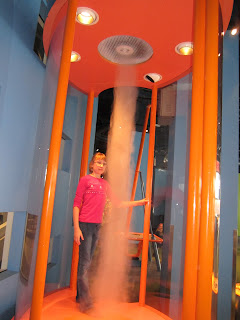 And this wind vortex generator took a foggy mist (at least I hope it was some sort of foggy mist - that's my daughter stepping into the thing, after all) and created a mini-cyclone that someone could step right into.

The Vancouver Art Gallery was a joy and we feasted on their numerous Emily Carr paintings.  No photos from the art gallery  - they have a "no camera" policy.

A trip to the Vancouver Aquarium was in order.  Located in Stanley Park, the Aquarium was highlighting "babies" while we were there.  Mosquito-sized baby seahorse and jelly fish the size of pencil-erasers fascinated us.  Speaking of jellies - there were these beauties: 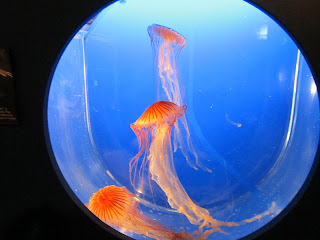 And just down the hall was the magnificent and graceful Roxy: 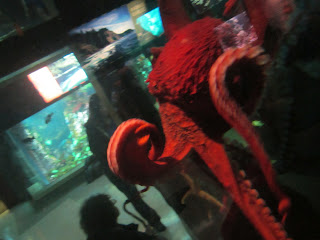 She was absolute poetry in motion.

We had a brief trip to the beach in Stanley Park before rain chased us away: 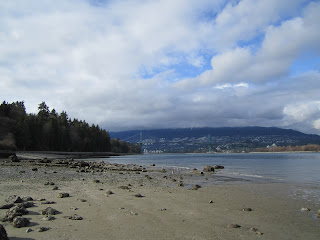 During a break in the rains, we visited Lynn Valley.  There were big trees: 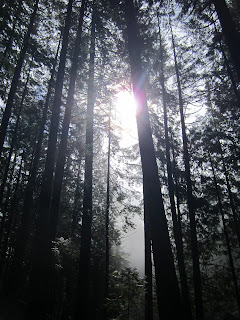 And yes, that is actually the sun making an appearance in Vancouver in March.  Lynn Valley also boasts this: 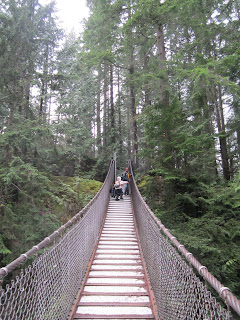 Apparently there has been a suspension bridge at this location since the beginning of the 20th century.  This one looks a little sturdier than the one pictured in black and white on the interpretive plaque on the other side of the gorge.

A visit to the Museum of Anthropology at UBC was on the agenda.  The kids were enthralled by Bill Reid's carving, Raven and the First Men. 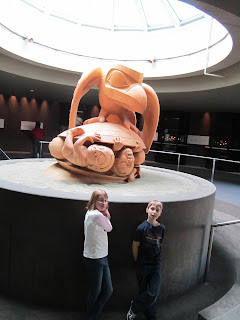 I mean, really, how often do you get to be up close and personal with artwork that has found its way onto your country's currency?  (It's on the 20) 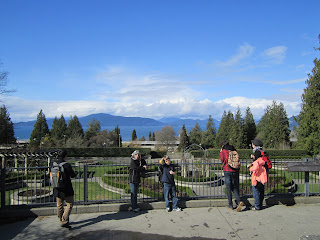 I don't think this photo does it justice.  All Universities have book stores and the Beynon family finds it damn near impossible to walk past a book store.  I was please to see this on the shelves of the UBC bookstore's SF section: 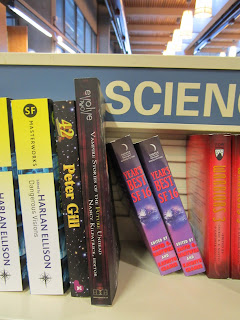 The spine was facing out when I got there, but when I left I had performed the simple act that authors everywhere ought to do for books their work appears in: 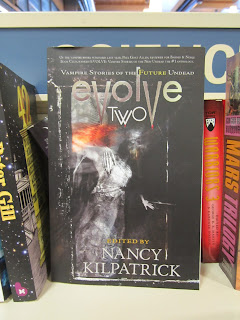 Always, always give the cover a chance to sell the book.


Next time I'll talk about the two X-Files / Fringe sort of moments that happened while in Vancouver and I'll probably mention the Aurora Awards, too.