Paris in the Summertime - and snakes, too!

Having the kids out of school is challenging, exhausting and deeply, deeply satisfying.  Since last post we travelled on a day trip to Paris(Ontario, that is). 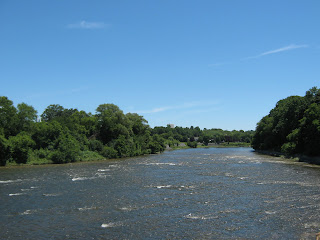 This is the Grand River (the same river that runs in front of our house) as seen from downtown Paris. 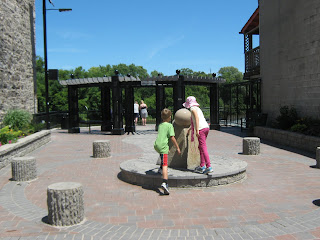 This memorial park is nestled in the middle of Paris.  The ball atop the pyramid spouts water in a never-ending cascade.  Gotta love any park with a water feature.
I'm also a sucker for libraries - especially stately ones like this: 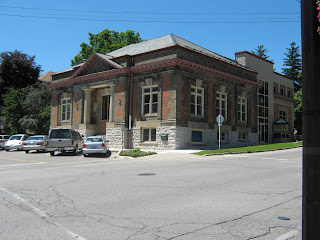 Speaking of libraries, our own stately library in Fergus kicked off the summer with a display at our local Legion.  It was part of a summer library program sponsored by TD Canada Trust that actively encourages summer learning.  What was on display at the Legion? 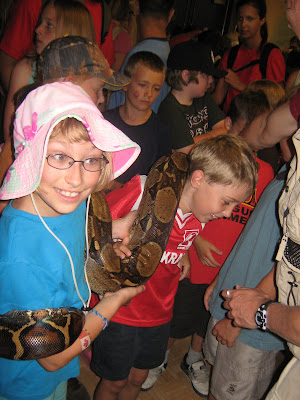 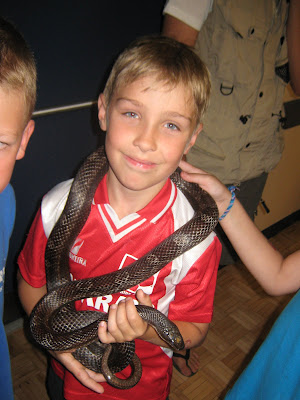 Next, my son makes friends with Ontario's largest snake, the Black Rat Snake. 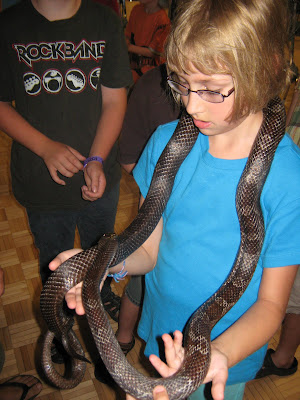 It seemed only fair that my daughter make her acquaintance as well.
The favourite was, of course, the Boa.  She was tremendous and lovely.  She was a kind of "rescue snake" who had been overfed by the previous owner.  Apparently the Boa has been on a diet - she hasn't eaten since Christmas. 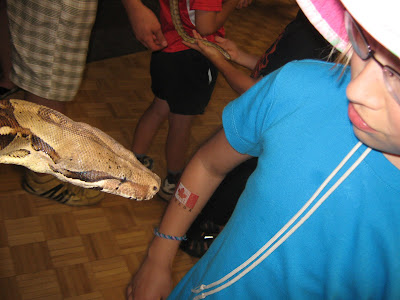