So...what have YOU been up to lately?

There was a visit from my sister.  She lives in Newfoundland and spends much of her time at sea as a marine engineer working for the Canadian Coast Guard.  She returned to Ontario to visit friends and family, but she also returned to say goodbye to this: 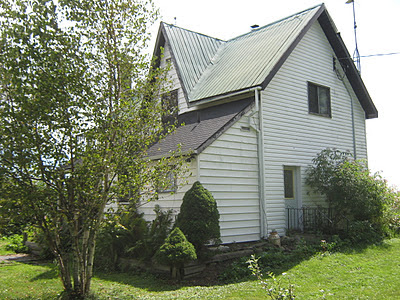 This is the home we grew up in and where, until she passed away in January, my mother lived.  Well, the farm sold recently and with the closing looming, it was time for one last visit.  It was an emotional farewell.  I walked the property one last time the day before the closing. 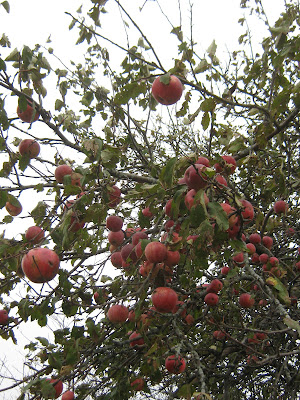 There were still apples in some of the trees in the fence line. 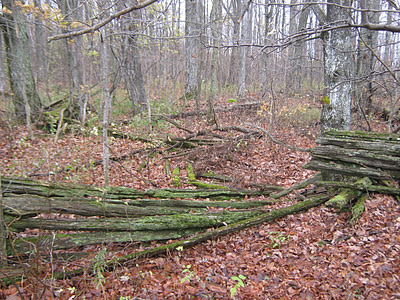 The property hasn't been properly farmed since my dad passed away 16 years ago.  The back field was overgrown with small trees and shrubs and the rail fence along the south length of the property had seen the toll of sixteen winters. 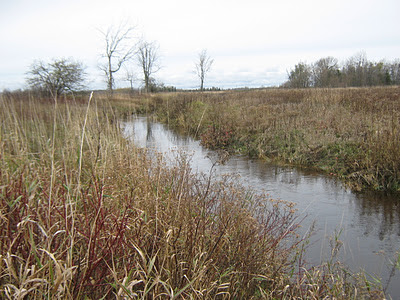 My steps brought me to the river's edge and, given the recent wet weather, was wide and deep.  During my walk I scared up a deer and watched with delight as she bounded across the property.  I got a little bit of video of her, but no clear photos. 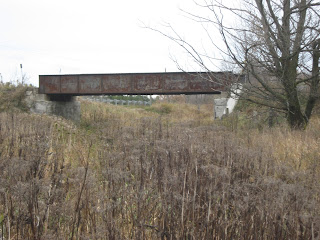 At the north east corner of the property is the old railway bridge.  When I was at the farm there were two trains a day, every day.  Rail service discontinued along this line many years ago (20 years?) but I still slow down and look for trains as I approach the crossing on the sideroad.  It's now found reuse as an ATV trail.

The farm has sold to a young Mennonite family and it's my fondest wish that the farm returns to being a working farm.

It was with a heavy heart that I pulled the door to the house shut for the very last time.  I felt as empty as the house.


To contrast, there was a really nice write up in the local paper, The Fergus-Elora News Express last Tuesday regarding my recent reading at Roxanne's Reflections. They don't have a link to this particular story, otherwise I would link to it here.  As it stands, here's a link to the weekly paper's site and I'll post this scanned photo of the article: 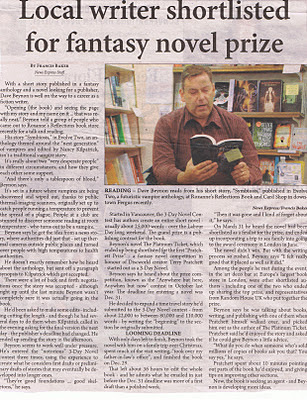 I know I mentioned the story in my last post, but it was a very nice write up and it was well received in the community.  Earlier this week I walked into a local toy store and one of the owners said, "Hey, it's Local Writer!"

The other big event, of course, was Hallowe'en.  This year I won't go into my annual rant about how the damn spell checker tells me that when I spell Hallowe'en (there it goes again) correctly, with the appropriate apostrophe in the appropriate place that I am doing something wrong with that squiggly red line under the correctly spelled word.  No, I definitely won't be ranting about that this year.

The whole family dressed up this year: 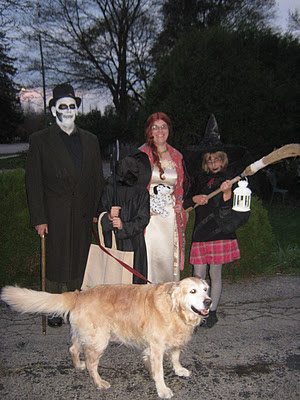 There's Baron Samedi, accompanied by Lady Macbeth (with her dalmatian, Damned Spot), Executioner Boy, The Stylish Witch and, of course, Willow, the Hound from Hell.

We had some impressive pumpkins on the carport roof: 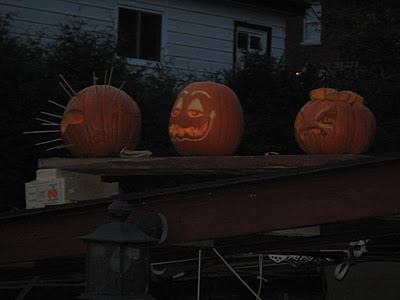 And I don't even want to talk about the really, really bad thing that happened in our driveway at the bottom of our front steps: 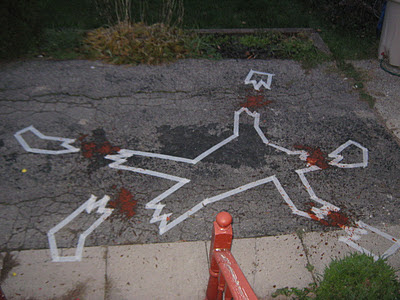 And finally, one last little bit of business.  I wanted to share a little review of Evolve Two that was done over here at the Innsmouth Free Press website.  In general, the anthology received a fairly good review, though some stories were panned.  Others weren't.  Here's what they had to say about my story in Evolve Two:

The last piece of the first section, David Beynon’s “Symbiosis”, is one of the stronger pieces in the book, largely because of its streamlined (emotionally potent) structure and extraordinarily effective writing. It’s a prototypical “down and out” interchange between two characters in a world gone mad with paranoia, that’s chosen to focus its wrath on an easy target: vampires. And it’s got a great premise, which Beynon himself put best in his wrap-up: “‘Symbiosis’ arose from a news story about thermal imaging used to screen for spiking levels of fevers of clientele at a nightclub in Singapore. I wondered what they would do if they discovered someone registering as room temperature.”


Pleased to see the Symbiosis has been so well received.